Lisbon, one of the most productive wine regions in Portugal, is the birthplace of the romantic town of Sintra. A UNESCO World Heritage Site and inspiration for renowned Portuguese authors, such as Eça de Queirós, "Everything in Sintra is divine, there is no corner that is not a poem." Get to know the nooks and crannies of this passionate place!

With a landscape that stretches from the town to the sea, it is on the top of the Sintra hills that you will find the Moorish Castle, built in the 7th century at the request of King Afonso Henriques. During a time of confrontation with the Moorish people, legend has it that between Colares and Penedo, Our Lady comforted the Portuguese crusaders with the following words: "Do not be afraid, for you are going twenty, but a thousand go". Later, Portugal won the battle and, as a tribute, created the Chapel of Our Lady of Milides ("mil ides"), in Colares. Visit the castle and feel the winning spirit that still hangs in the air. 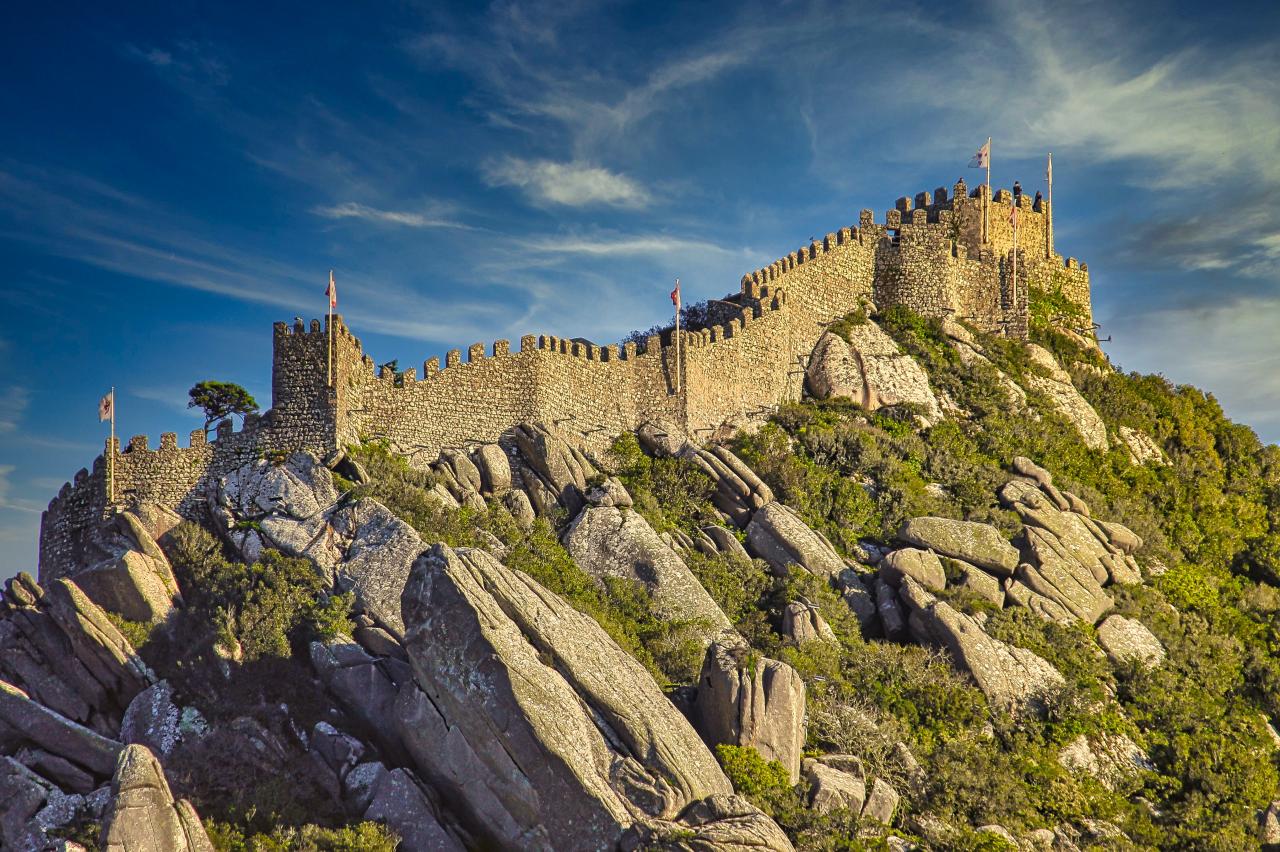 Elected one of the seven wonders of Portugal in 2007, Pena National Palace is the first romantic palace in Europe, being one of the best representations of 19th-century romanticism in the world.

Visitors can see its two wings: a former Manueline convent of the Order of St. Jerome, and a wing built in the 19th century by King Fernando II. Both are surrounded by a third architectural structure, which transports each visitor to a fairy tale. In the park, you can get to know the bridges and caves, pergolas and fountains, rose bushes, and sculptures that protect those who visit. 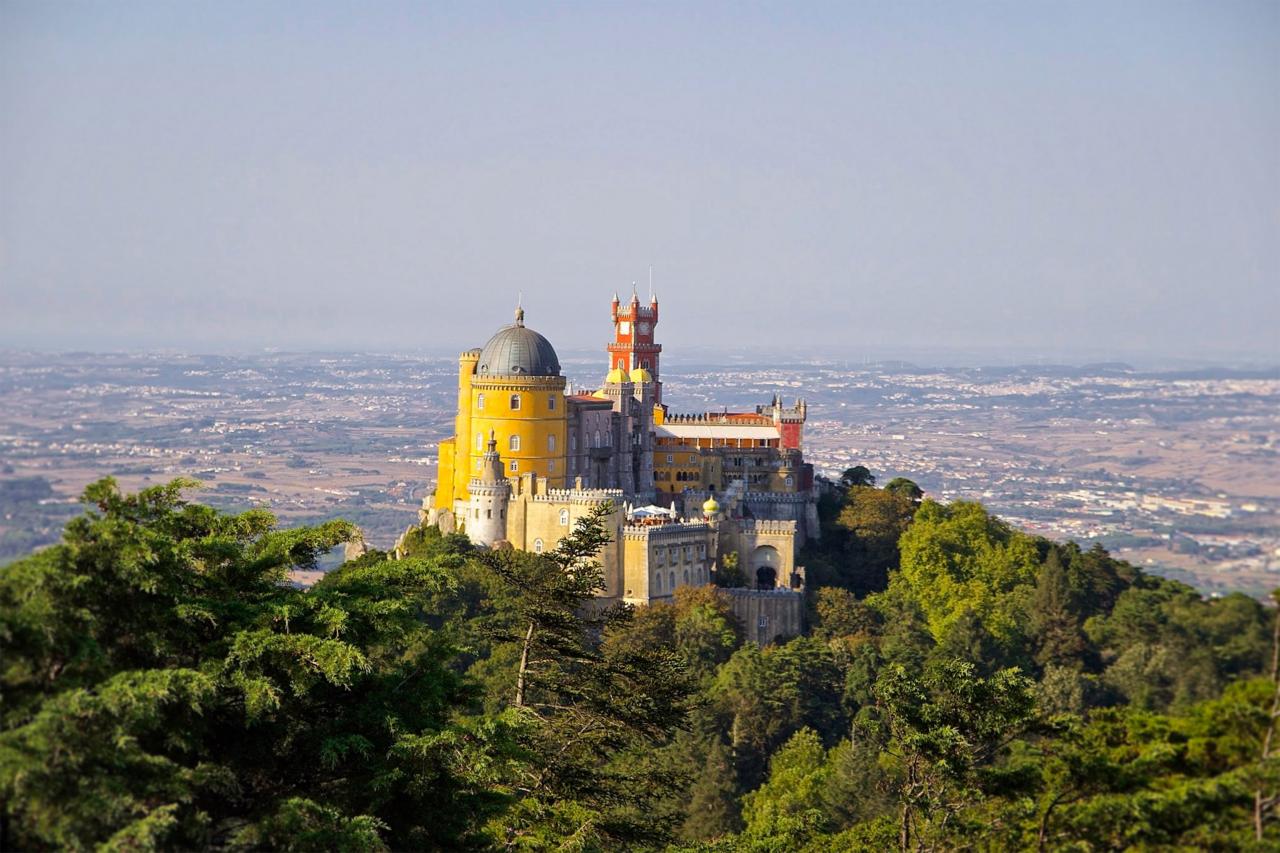 On the hillside and close to Sintra's historical center, Regaleira Palace is the most well-known building of the Quinta. Classified as Property of Public Interest since 2002, its 4 hectares were transformed into a palace full of gardens, lakes, and caves. After going down to the initiation well, the most curious can still see enigmatic works that hide mystical stories of Freemasonry in Portugal. 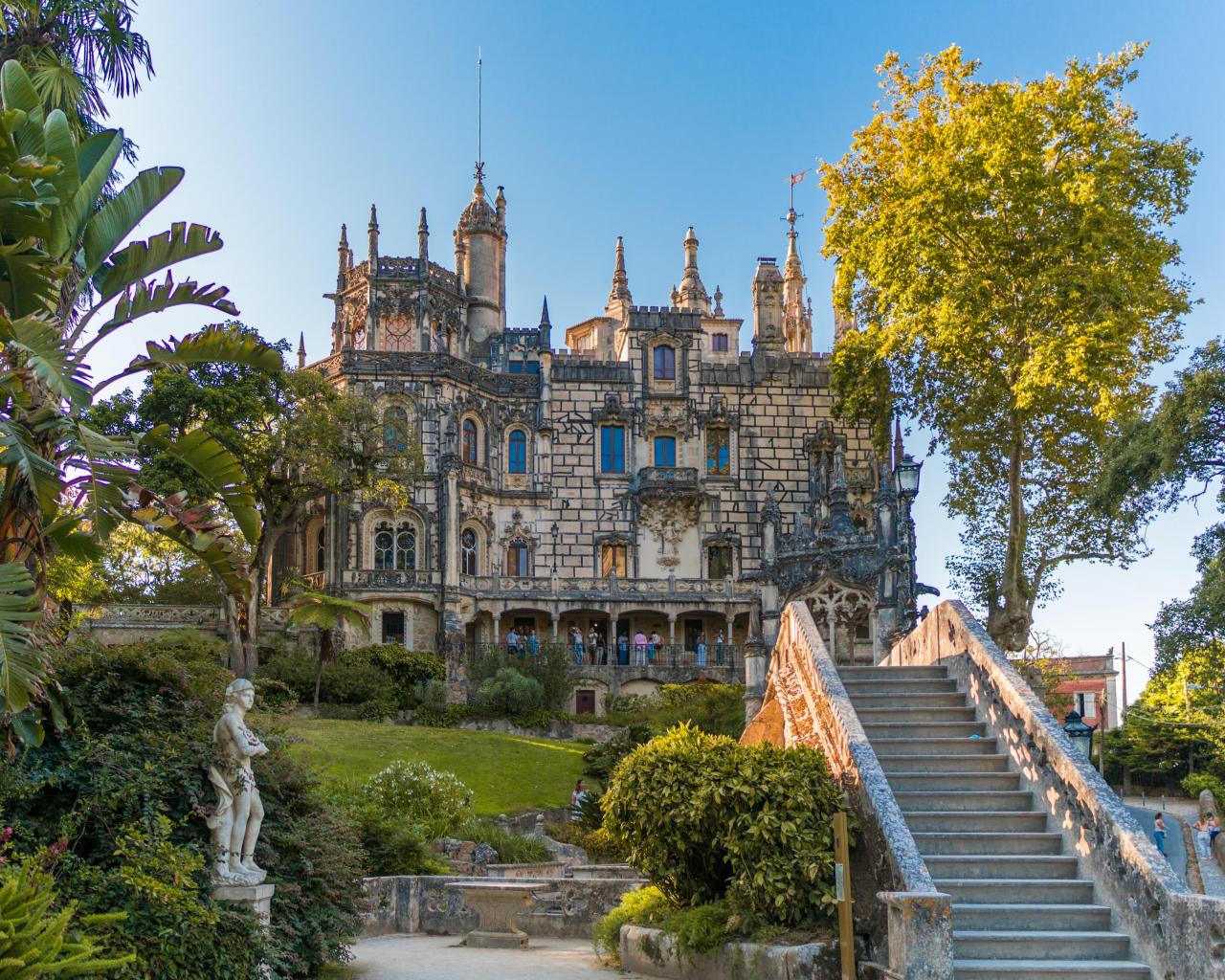 Feel part of the Portuguese Royal Family through a visit to the Vila Palace, also known as Sintra National Palace, which hosted the most illustrious members of the Portuguese monarchy. Being an example of organic architecture (with medieval, gothic, Manueline, Renaissance, and romantic traces), it keeps, until today, the biggest set of mudéjar tiles in the country.

The Palace of Monserrate was built in 1858 and is today home to more than 3,000 exotic species. Classified as Property of Public Interest since 1978, it is an example of Portuguese romanticism, with its waterfalls, lakes, and romantic mystique that served as inspiration for Lord Byron (Anglo-Scottish poet) in his work "Childe Harold's Pilgrimage". Let yourself be inspired and get to know this palace too! 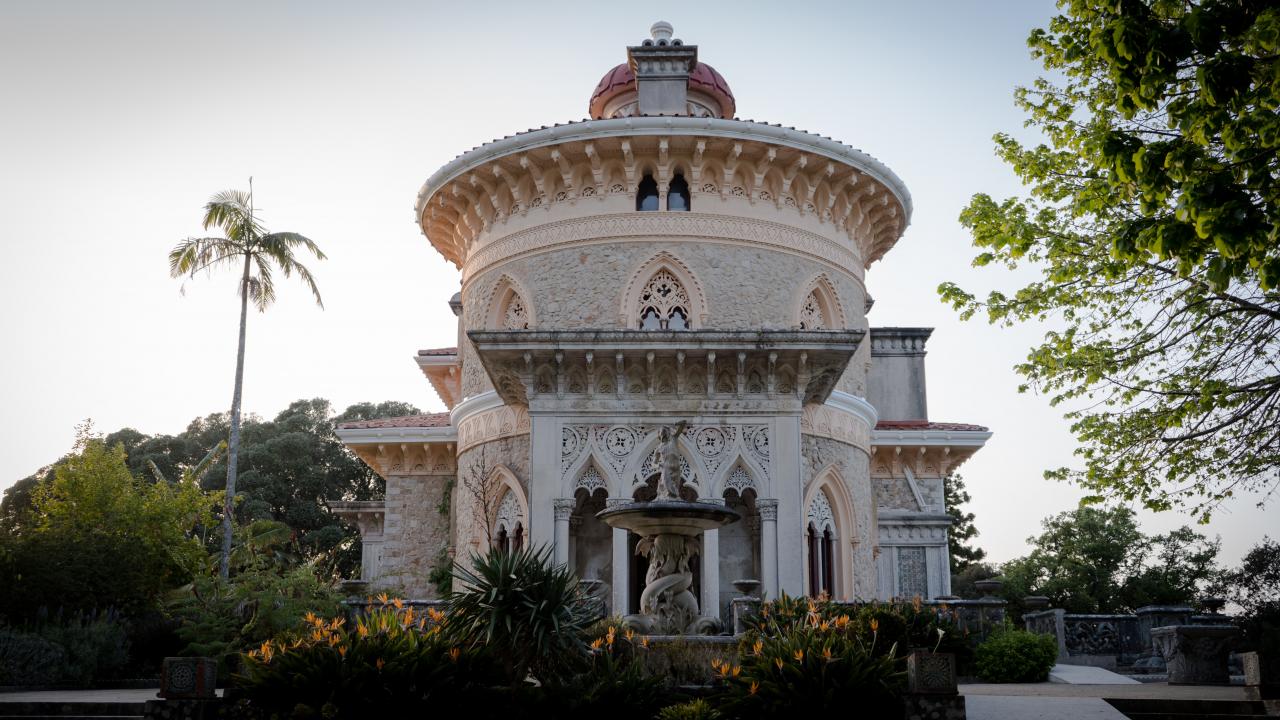 The chalet of Countess D'Edla features the controversial relationship with King D. Fernando. This house, hidden in the Sintra hills, was the refuge for the couple to live out their relationship, surrounded by nature decorated in vines and flowers. From the balcony, you can still see the sea, the Moorish Castle, and the Pena Palace, accompanied, on the front, by a garden with plants from Australia and New Zealand. With the doors open, travel back to the 19th century and feel this love story up close.

Queluz National Palace was built in the XVIII century to be a summer retreat for D. Pedro de Bragança. One of the last great Rococo buildings in Europe, it has been classified as a National Monument since 1910 and was the official residence of King João VI until the period of the French Invasions. 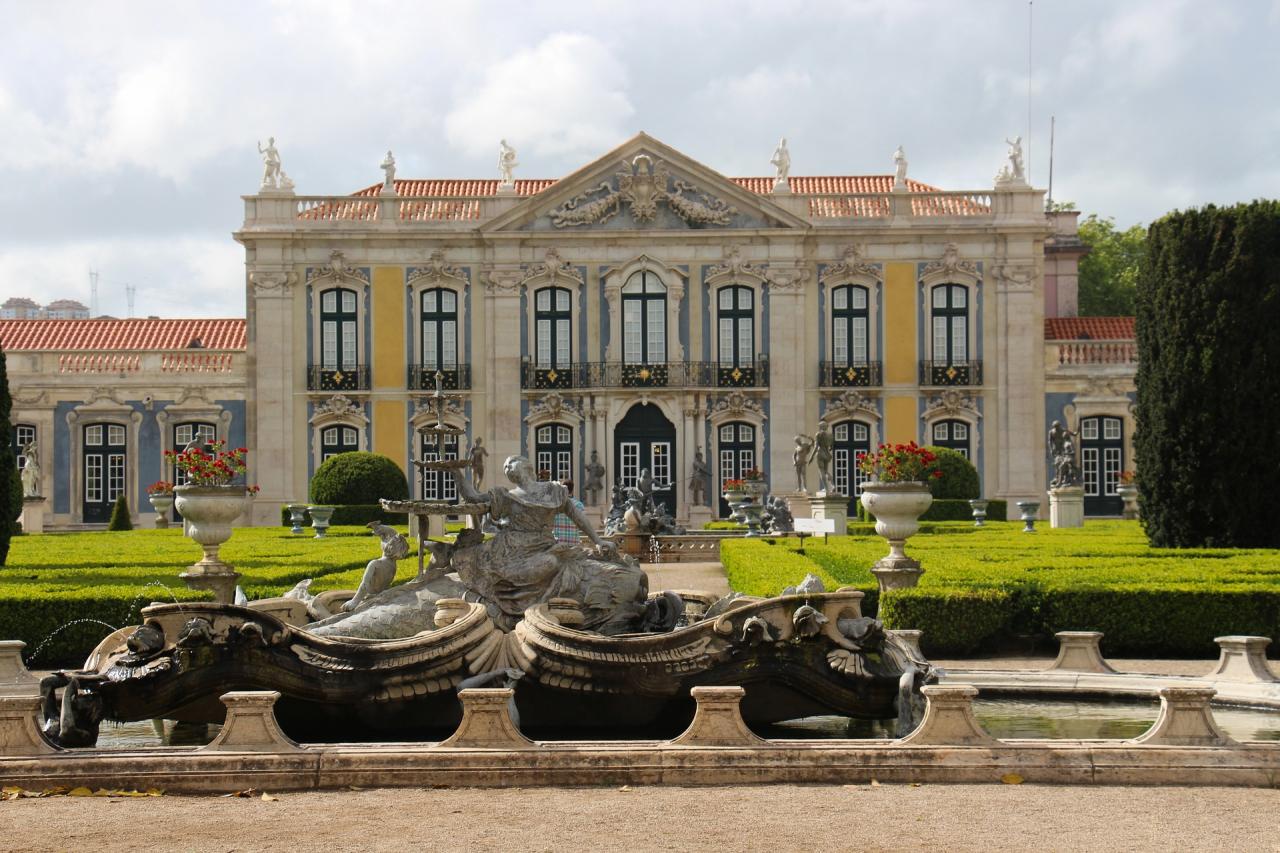 The westernmost point of the European continent, on the edge of the Sintra Mountains, Cabo da Roca is one of the most emblematic places in the country. With a privileged view of the Atlantic Ocean, it is accompanied by a 165m high lighthouse, dating from 1722. 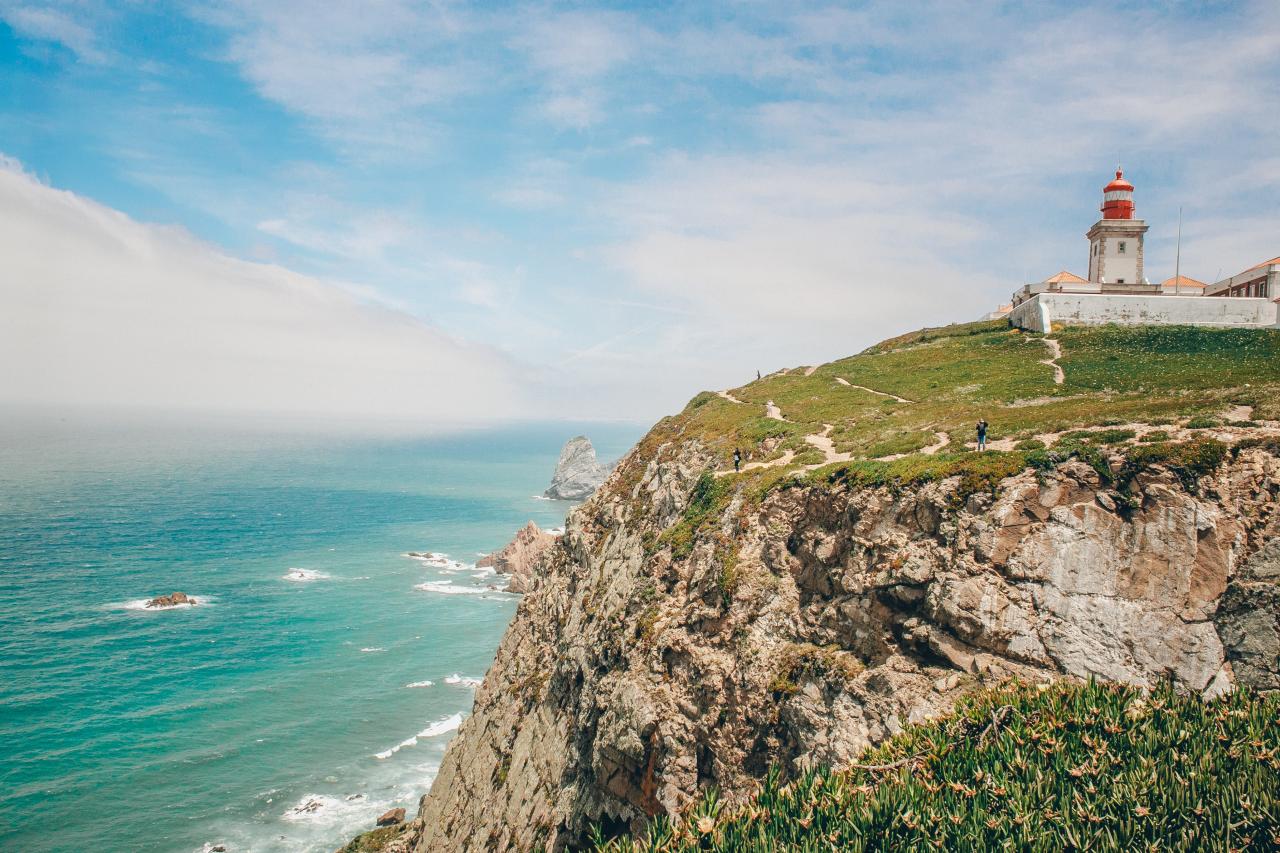 To end your tour in Sintra, how about enjoying a sunset overlooking the sea? The golden sands of Maçãs Beach have many stories to tell. It was in prehistory, in the Chalcolithic period, that Man began to leave his mark, having created a temple dedicated to the Moon and the Sun. Later, in the 19th century, the first houses were built by figures like Alfredo Keil, author of the hymn "A Portuguesa".

If you prefer to visit the beach during the day, venture out on a streetcar ride, starting in the Estefânia area (where you can enjoy the famous bread and sausage baked in a wood oven) and ending at the seaside. 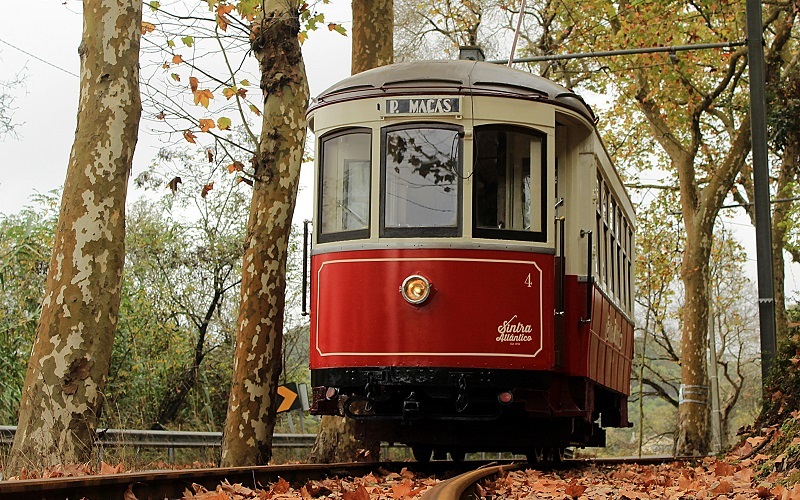 During your visit, don't forget to taste the regional "Queijada" and "Travesseiro de Sintra", conventional sweets that delight all visitors. To enjoy experiences that bring together the best of Sintra, get to know our programs. We are waiting for you!

Wines with History: from the Roman Empire to the Lusitanian territory

The Portuguese social, economic, and cultural landscape has always included the appreciation of wine. However, what has brought it to the country?
September 07, 2021  in  History  | Wine Tourism

The 4 best wine tourism destinations with accommodation in Alentejo

Alentejo is a Portuguese region where wine production dates to immemorial times. Local gastronomy is one of its greatest flagships and its touristic appeal has grown immensely in recent decades.
October 18, 2021  in  History  | Wine Tourism

The five senses of Alentejo

Alentejo, a place of traditional gastronomy and carved wines. The balloon tours, the picturesque villages, the striking landscapes. Here, each experience elevates the senses to a new level and every moment is born from an endless tranquillity.